Amarula – A Liqueur from Africa 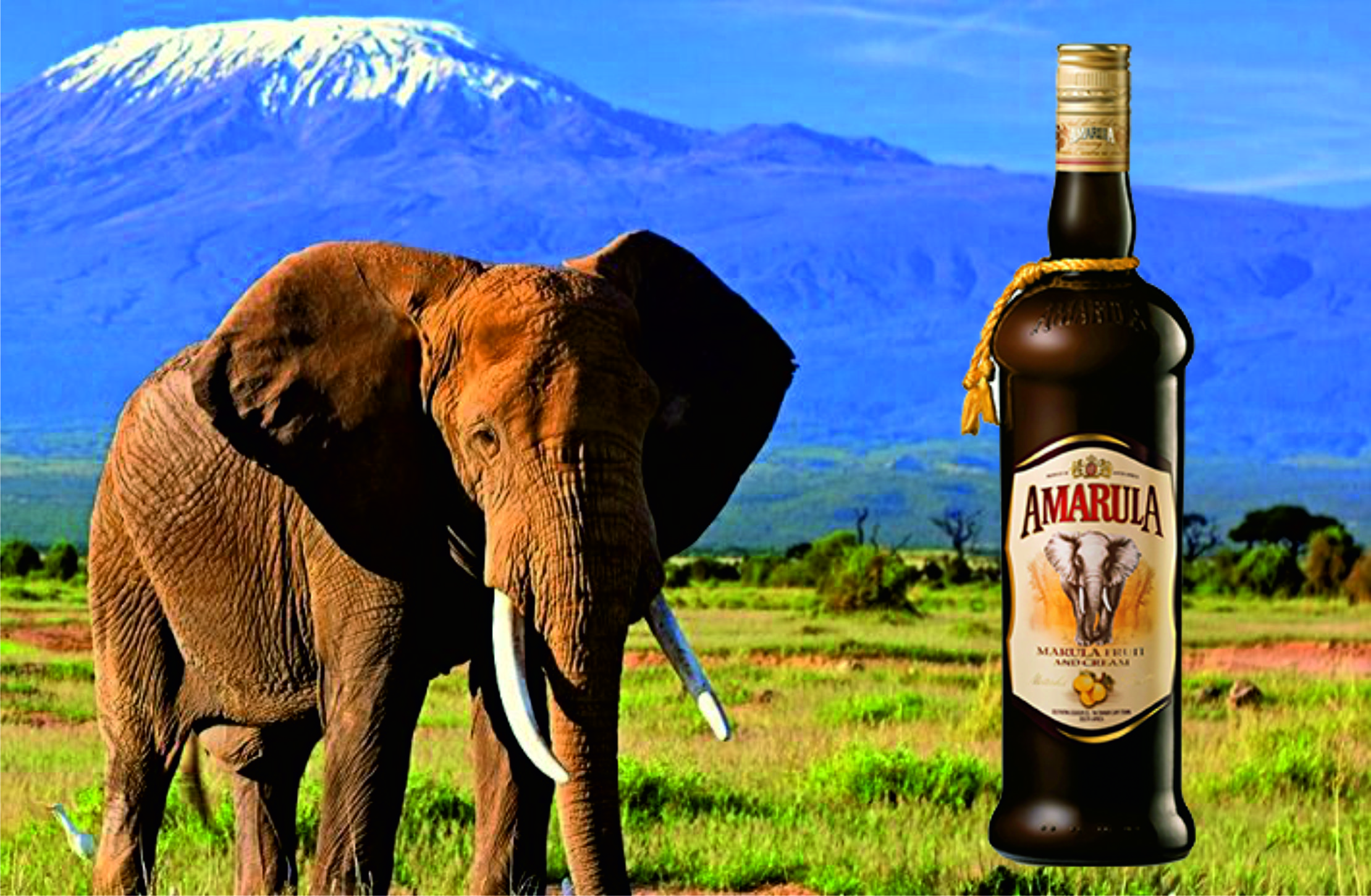 Amarula is a South African spirits brand and known for the wild fruit cream liqueur of the same name. It is flavored with a distillate from the fruits of the marula tree and is available in more than 100 countries worldwide.

The Marula tree only grows in subequatorial Africa, in the Kruger National Park in Botswana, Namibia, Zimbabwe and Swaziland. The marula trees, which are leafy but nonetheless drought-resistant, reach heights of 9–18 m and bear fruit of 500 kg and more annually.

The initially olive-green, then golden yellow fruits of the female marula tree are harvested in February, the South African midsummer. After the harvest, the seeds are removed, the meat is pressed out of the bowl and then fermented. After the fermentation process, the fresh Marula wine is distilled twice and then stored in oak barrels for two years. Finally, sugar and cream are added and the finished Amarula wild fruit liqueur is bottled.

The KILIMANJARO COCKTAIL with Amarula 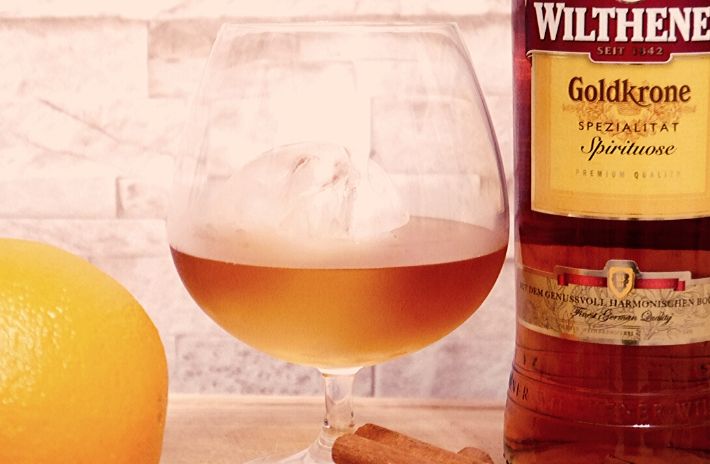 Opinion differ about Wiltherer Goldkrone. Some mix cocktails with it, others would rather use it as a brush cleaner. It is best if you find out for yourself if the drink suits you and how it is used.

Goldkrone is a brandy blend consisting of brandy distillate and an addition of agricultural alcohol and colored with caramel. Wilthener Goldkrone contains 28 % alcohol by volume and is drunk both in pure and mixed drinks. In the vernacular, the Wilthener Goldkrone is simply referred to as “Goldie” due to its brownish color.

According to company information from the year 2003 Wilthener Goldkrone should have been the best-selling spirits in Germany at that time.

Goldkrone has been produced in the GDR since the 1970s. The production took place at that time in different GDR enterprises.

How to make a sugar rim… 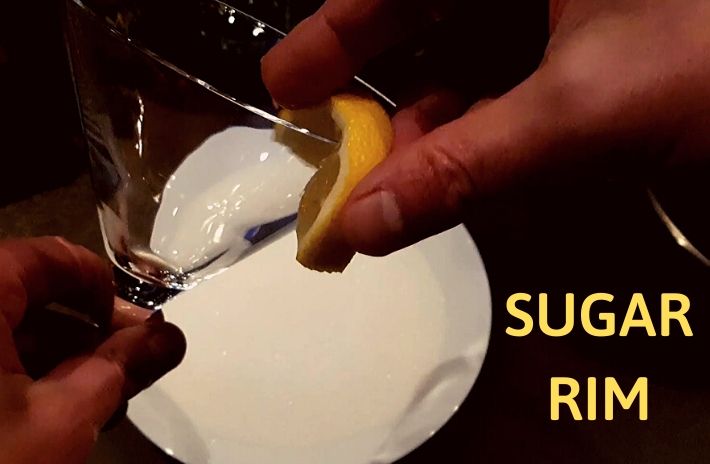 Some cocktails need a sugar rim. But how do you actually do it? Here is my tip: There are various methods for moistening the glass rim. One of the best known is to cut a piece of lime or lemon. This is then placed with the notch on the edge of the glass and drawn along it in a circle in order to moisten it sufficiently with juice from inside and outside. Then the glass is turned over, put in the prepared sugar and turned a few times – done! As an alternative to fresh citrus juice, some bartenders use the popular Rose’s Lime Juice, which is otherwise used for gimlets and other cocktails, for example, and is therefore always in stock in many bars. Its sugar content makes for attractive sugar edges. 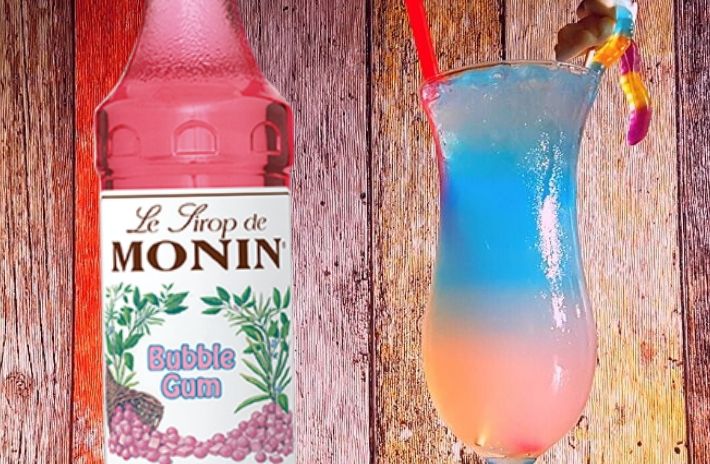 Blast to the past with the original bubble gum flavour of childhood, a strong and sweet confection from a much simpler time. The candy pink MONIN Bubble Gum syrup adds some fun to a serious cocktail or a dull soda, and will definitely put a smile on your face.

Invented in 1928 in Philadelphia, USA by Walter E Diemer at the Fleer Chewing Gum Company, bubble gum was created from a less sticky gum which stretched easily. The gum, which they called Dubble Bubble, was pink and such was its popularity that initial samples sold out in a single day.

Bubble gum in a bottle without the bubbles, MONIN Bubble Gum allows you to create endless novelty cocktail combinations. Dare to be different with MONIN Bubble Gum syrup and let your imagination run wild by adding your own bubbles to create bubble gum sodas for children’s parties or pretty pink shooters for girls’ nights

A recipe reminding me of my trip to Stockholm: combine MONIN Bubble Gum syrup  with vodka, Blue Curaçao liqueur, lemon juice & Sprite. The cocktails is called Fizzy Pop and comes from Sweden. 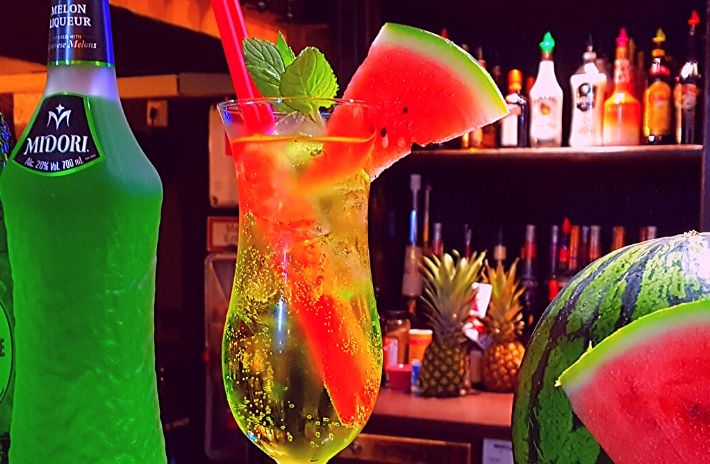 Midori melon liqueur is a fruity-aromatic, melon-flavored liqueur produced by Japanese beverage maker Suntory. It is manufactured in Japan, the United States, Mexico and France. It was made exclusively in Japan until 1987.

His predecessor, a liqueur called Hermes was at first only moderately successful, but this changes, when Suntory in 1978 adapted the taste in taste preferences in the United States.

So Midori was launched by Suntory at Studio 54in New York City in 1978 during a party held by the cast, crew, and producers of Saturdy Night Fever.

Midori is one of the fruit flavoring liqueurs and is typically 20 % alcohol by volume. Its name is the Japanese word for “green”. The Midori formulated in France is sweeter than the original Japanese version. The drink is sold in more than 50 countries.